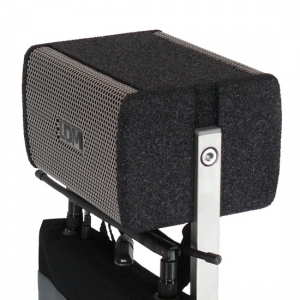 The most crucial thing of the new construction is a full-range speaker with a very natural sound. In that way we got rid of the unpleasant and "screaming" sound which features the standard horns. This four-speaker, two-sided set ( 2 speakers per each of the side) is equipped with high quality transducers from FaitalPRO - the world's top producer from Italy. The whole is resistant to the weather conditions due to special protective cover for the speaker - water resistant and yet permitting for passage of the sound.

Device available in three versions for both pilgrimage system:


And for car system:

More in this category:

Cookies are short reports that are sent and stored on the hard drive of the user's computer through your browser when it connects to a web. Cookies can be used to collect and store user data while connected to provide you the requested services and sometimes tend not to keep. Cookies can be themselves or others.

So when you access our website, in compliance with Article 22 of Law 34/2002 of the Information Society Services, in the analytical cookies treatment, we have requested your consent to their use. All of this is to improve our services. We use Google Analytics to collect anonymous statistical information such as the number of visitors to our site. Cookies added by Google Analytics are governed by the privacy policies of Google Analytics. If you want you can disable cookies from Google Analytics.

However, please note that you can enable or disable cookies by following the instructions of your browser.